Water Protection, Water Damage, and Tricks to Save Your Smartphone 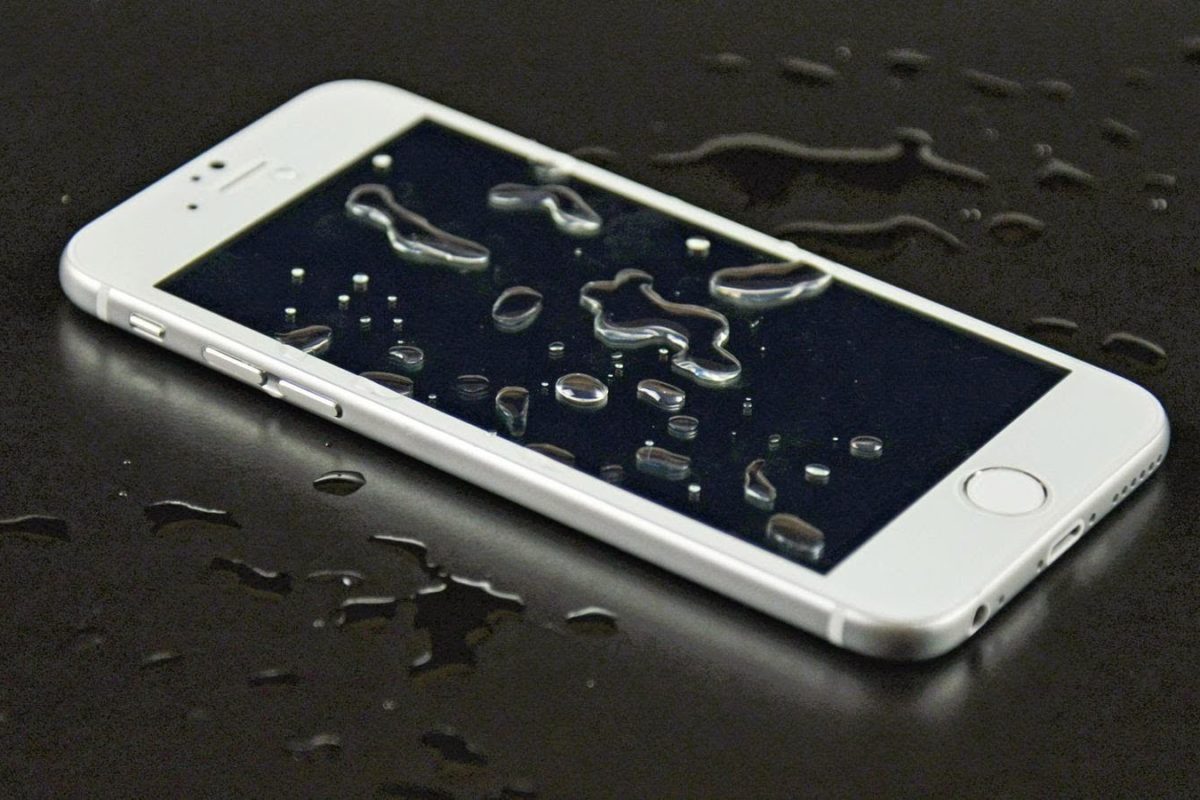 A general browsing of the Internet on the subject of    “water damage in mobile phones” reveals a disturbing number of methods employed by people whose heart literally skips a few beats as they watch their beloved mobile device (aka family member) slip out of their hands into a well-placed puddle that  somehow magically appeared; or become convinced that their phone had developed gymnastic abilities to launch itself out of their back pocket and into the toilet; or take a dizzying twirl in the washing machine, not so safely tucked into the pocket of their favorite pants. This could turn into a very long post on just the number of scenarios that involve an electronic device and water, so we will keep it short and share with you instead some of the methods people use to revive their devices.

If you search the Internet for “ways to recover your phone from water damage,” you will get a multitude of different answers, varying from, “Throw your phone in the oven!” to, “Just suck out all of the moisture from the phone with a vacuum hose!” Most of these “solutions” not only sound insane, but can also cause permanent damage to your phone. There are, however, a few methods that, while they still sound crazy, can produce positive results. Here are the top three contenders, along with the science behind why they tend to be more successful than some of the other weird tricks out there:

The Hair Dryer: Not Just a Beauty Tool

Why this works: It has been reported that running a hair dryer a few feet away from a water-damaged electronic device can quickly help to dry out any excess moisture inside of it and help prevent corrosion and other long term damage from water sitting inside of the device. Obviously, this sounds logical, as heat evaporates liquids, and a dryer would help to speed up this process.

Risks/improbabilities: The problem with this method is that most of the time, heat and electronics don’t mix very well. Exposing your precious electronic device to a direct heat source could ultimately warp expensive device components or melt special adhesives within the device, damaging it even further. By all means, dry out your device after it is exposed to water, but be very cautious about the amount of heat you expose it to.

Silica Gel: Otherwise Known as the “What Exactly Is This Stuff For?” Packets

First of all, let’s address what silica gel packets are: they are those small packets of clear beads you will randomly pull out of a box of shoes, or a bag or pepperoni, that have the words, “DO NOT EAT” printed on them. What do they do? They are designed to absorb and hold water vapor and humidity. Understand now why they might be useful to have after your phone takes a dive into the toilet?

Why this works: Silica gel is extremely moisture absorbent. Plus, because they already come in their own neat little packages, you don’t have to worry about any mess or dust getting into your phone during the absorption process. All you have to do is stick your phone into a plastic baggie full of those little packets, seal, and then wait for those little beads to work their magic.

Risks/improbabilities: The real question is—who actually has enough silica gel packets just lying around their house to make this work? I know that I run across these once in a while, but not often enough to start up a significant collection! It’s true that you can also purchase them online, but by the time you ordered them and had them shipped to your home it would be far too late for your water-damaged device to even make a difference.

Why it works: For some reason, this is the number one trick people try after dropping their phone in water- and people swear by it. Rice works because it is so absorbent. Period. All you have to do is seal your phone up in a bag of rice and leave it alone.

Risks/improbabilities: One of the biggest problems with rice is the small grain size. Depending on what you put in it, the tiny grains can actually get inside your device and stay there, further damaging your electronics. There is also the dust that naturally comes off of rice that you have to contend with that can get inside of your device as well- both messy and damaging.